Hey, frenns! I posted this video a year or so ago, but I realized we didn’t really chat much about it. So I’m back with a different video as well as a more detailed post about how to make cornbread dressing.

As you all know, I grew up in the south. And in those parts, we do not make stuffing; we make the dressing, I’ll leave that argument for another day, but I prefer dressing over stuffing. All of my life, I thought that making dressing was super complicated. And whereas there are a lot of steps- it’s actually not that hard to make.

I will break down each step (and reasoning below).

The good base for a cornbread dressing recipe is- CORNBREAD. This is going to sound super “goody-good,” but I do not care. I never even knew what Jiffy was until I got to college. LOL, As a child, cornbread was my assignment in the kitchen. I guess this was my mother’s way of teaching me how to cook. But in truth, I did not do anything but “sit there and stare at her run around the kitchen frantically and wait for her to say, ‘Andrea, time to make the cornbread.” She would usually announce it at some ‘special’ moment. I never quite knew why I couldn’t just make it but let her tell it it was then penultimate to the meal. Therefore, I took my cornbread very seriously. It felt like such a huge burden was lifted off of my mother’s shoulders, and here I was 8-9 years old, contributing to Sunday supper. Suffice it to say, I’ve had many years of practice.

There are two schools of people- team sweet cornbread vs. team “regular’ cornbread. I know how to meet both needs. However, COMMA, when I make my dressing, I do not add sweetness to the cornbread. Go argue with someone else about that; I just do not like sweet dressing. However, if you do, add your sugar boo. As Tabitha Brown says, that’s your business.

I usually make the cornbread according to the recipe on the bag. 2 cups of self-rising cornmeal, 1 1/2 cup of butter. HOWEVER, I add 4 eggs instead of 2. I also like to make my cornbread in the cast iron skillet, melt the butter and oil and add it to the cornbread after it’s melted in the oven. This, to me, makes the best cornbread. Also, a good technique for making cornbread is using a whisk. Growing up, my Grandmother would also stir her cornbread with a fork. Using a fork or whisk helps add air pockets- which some type of way scientifically “works.” LOL 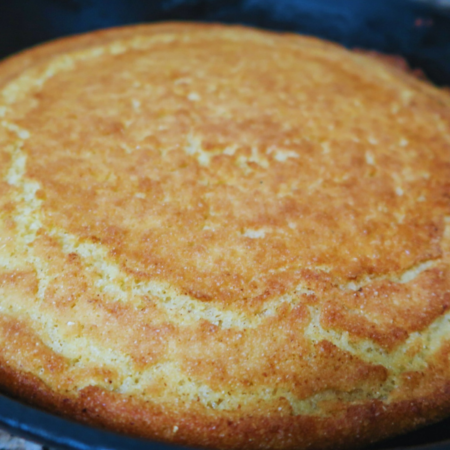 Once your cornbread is done, set it to the side.

Now let’s get into this dressing HONEY! As much as I love Chicago, I have spent a LOT of time looking for a hen. Yes, a hen to boil for my broth. And they only sell it ONE time per year and at ONE particular grocery store. I love to use a hen for my dressing, but I’m ok if I use a whole chicken. I use a WHOLE chicken. Not chicken parts, not dark meat, a whole chicken. I heavily season it with seasoning salt and ground black pepper. I then fill a large stockpot with water, add a peeled whole onion and several stalks of celery. I also add a fresh bundle of “poultry seasoning” herbs. This consists of sage, thyme, oregano, and rosemary. A lot of supermarkets sell the herb spices in a bundle altogether, or you can purchase them separately. Please bear in mind Fresh HERBS are powerful. So don’t overdo it if the bundle isn’t premade. I mean a child’s size handful (not a bear-sized handful) when I say a handful. Throw that together and boil your chicken or hen. This usually takes a few hours. The meat should be falling off of the bone.

Meanwhile, saute your green peppers and onions. I usually like to add a little seasoning to them as well. Now your cornbread should be cool enough to crumble. I like to use a large mixing bowl. Crumble the cornbread and add the sautéed green peppers and onions. It’s ok to add seasoning but remember the broth is already well seasoned. Then add your broth and bits and pieces of the chicken or hen. I like to add dark meat, but you can add details of the breast. Don’t throw away the chicken bones, as this can be used and saved to make broth another day. Then once you have added about 3 cups of the broth, the cornbread should be REALLY soggy. Now then, add in your bits and pieces of sourdough bread. I like to use sourdough bread because it has the toughness of old bread, but it’s still fresh. Some people like to toast it as well. Either one is fine with me. Pull it apart into smaller pieces and add it to the dressing mix. The bread will soak up the liquid. You want your dressing FIRM and not soupy. Once the consistency and flavor are as desired, THEN add the eggs.

I always add the eggs last. 4 more eggs. At this point, you can either place your dressing in the deep freezer for future use OR bake it. I usually like to make my dressing up the day before and bake it the next day. Something about those flavors sitting together overnight makes it just that much better.

And there you have it, frenns! Southern Cornbread dressing. I know, I know…it’s a lot, But you can do it.

Let me know how much of a hit it was. 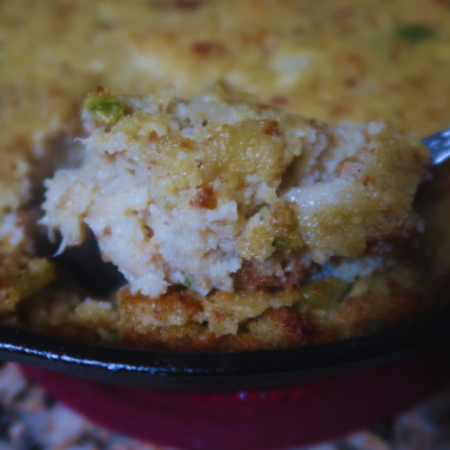 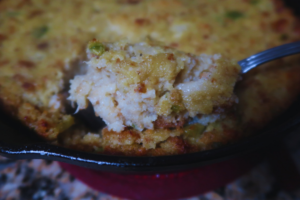 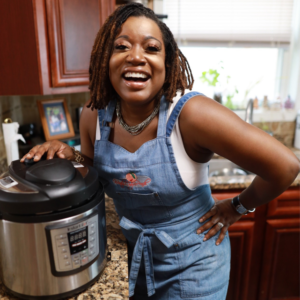