A few years ago as I started to grow pumpkin in The Harvey Garden I had to find recipes and things to do with them.

I used to make banana bread all the time in the summer so I figured I’d make a twist on that recipe and instead of bananas I would use pumpkin.

It took a while for me to craft the perfect recipe. And it was a lot of side eyes from people- “pumpkin bread?!”

And I would say “just try it.” One bite and they would be convinced.

In fairness, this is a pretty intense recipe with all of the extra steps. But the final taste is totally worth it.

Check out the recipe below! 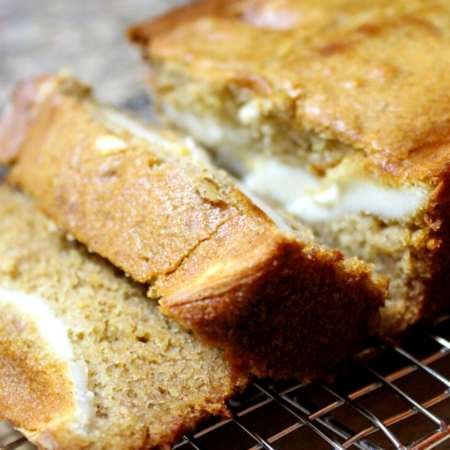 The Best Ever Pumpkin Bread with Cream Cheese Filling